1930–50 John Hicks, Paul Samuelson, and others use Pareto optimality as the basis of modern welfare economics.

1954 US economist Kenneth Arrow and French economist Gérard Debreu use mathematics to show a connection between free markets and Pareto optimality.

In the 19th century a group of British philosophers known as the utilitarians introduced the idea that the happiness of individuals can be measured and added up, or aggregated. Italian economist Vilfredo Pareto disagreed. In his Manual of Political Economy, he introduced a weaker definition of social welfare that has come to dominate modern economics. His argument is based on a ranking of relative happiness known as “ordinal utility,” rather than an absolute measurement of happiness (“cardinal utility”).

Pareto said that individuals know their own preferences and will do what suits them best. If everyone follows their own tastes, constrained as they are by the obstacles they face, society will soon reach a point where no one can be made better off without hurting someone else. This state is known as Pareto optimality, or Pareto efficiency.

Suppose a couple named Jane and John both like rice. If we have a sack of rice, any division of it between them—even one where one person gets all the rice—would be optimal, because only taking rice away from a person is said to hurt them. In this way Pareto efficiency is different from fairness. 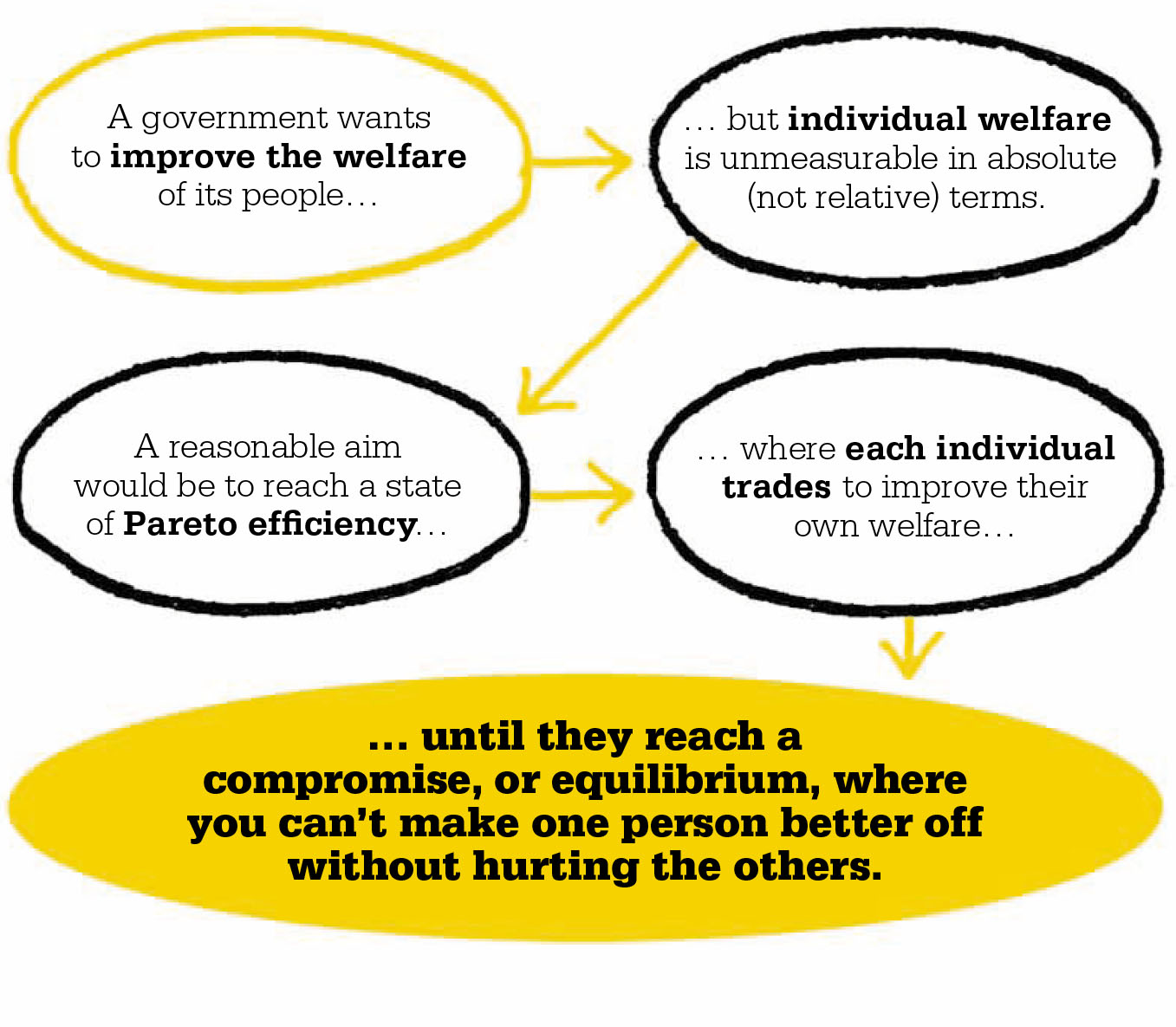 In most situations there are many goods and tastes. For instance, if John likes rice but not chicken, and Jane likes chicken but not rice, an allocation in which John had everything would be Pareto inefficient: a transfer of chicken from John to Jane would help Jane without hurting John. Often preferences aren’t so clear cut: both might like chicken and rice but to different degrees. In that case Jane and John can exchange just small amounts of chicken and rice until an optimal allocation emerges.

We can all agree

Pareto argued that free markets are efficient in his sense of the term. This formalized Adam Smith’s idea that self-interest and free market competition operate for the common good. 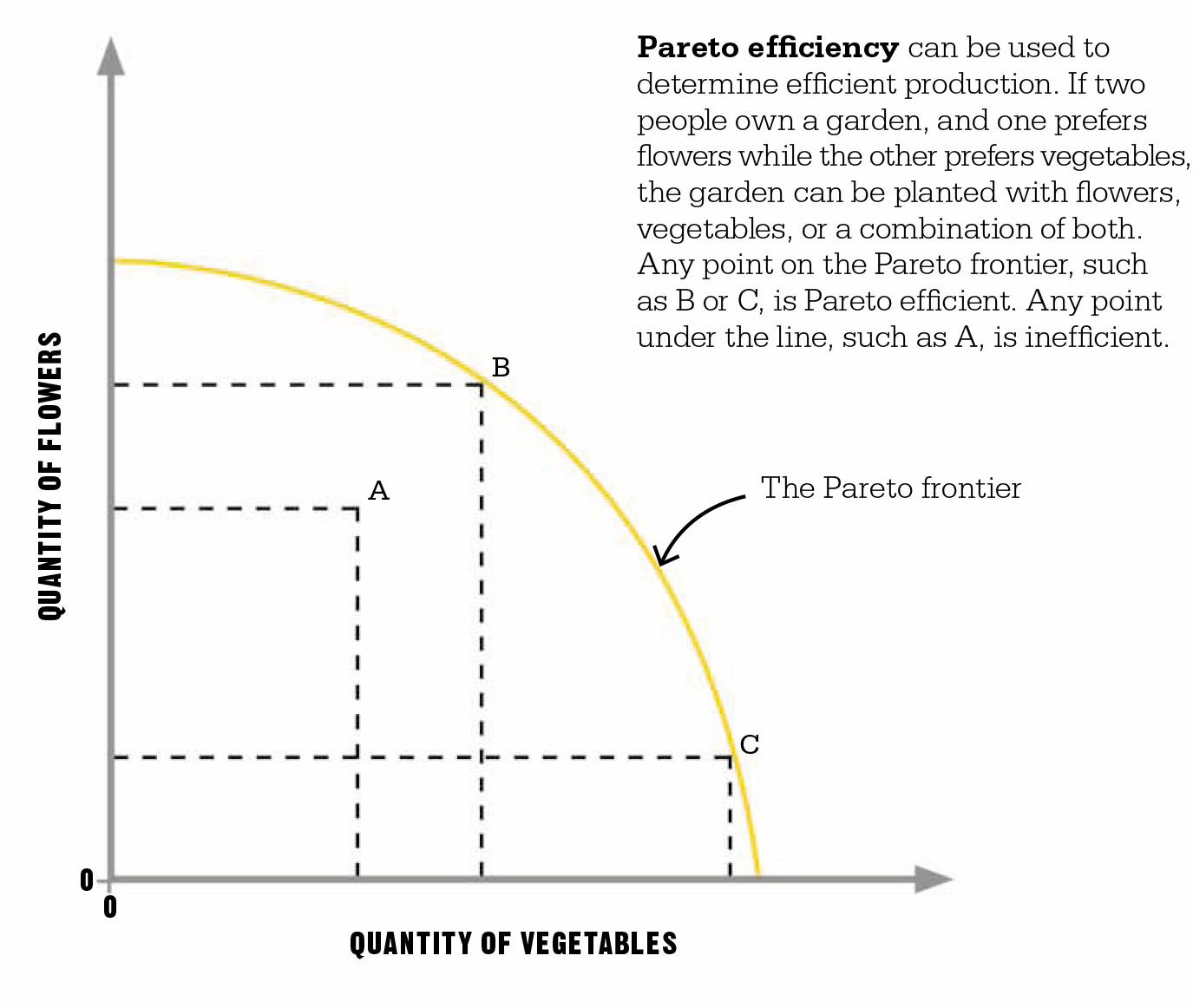 Born in France in 1848, Vilfredo Pareto was the son of an Italian marquis and a French mother. The family moved to Italy when he was four, and Pareto was schooled in Florence, then in Turin, where he acquired a PhD in engineering. While working as a civil engineer, he became interested in economics and free trade. In 1893, he was recommended by his friend, the Italian economist Maffeo Pantaleoni, to succeed Léon Walras to the chair of political economy at the University of Lausanne in Switzerland.

He took up the post at the age of 45, and it was there that he made his major contributions to the field, including his theories on income distribution.Pareto continued to teach until 1911. His works were prolific, covering sociology, philosophy, and mathematics as well economics. He died in Geneva in 1923.