The competitive market: companies are price takers not price makers

In the late 18th century Adam Smith wrote about the impact of competition on firms’ abilities to set prices and make profits above a “natural” level.

However, there was no formal analysis of the situation until British economist Alfred Marshall published Economic Principles in 1890. The ideas in Marshall’s model remain a key part of mainstream economic theory, although the theory has been criticized as not representing the true nature of competition.

The model that Marshall developed to explain why firms were unable to set their own prices has become known as “perfect competition.”

In fact, Marshall himself preferred the terms “free competition” and “perfect markets.” The model is based on a set of assumptions, derived from the ideas of the classical economists, about conditions in the market and the behavior of firms.

The second assumption is that every firm is trying to sell an identical product. Third, the model assumes that all the firms are free to enter or leave the industry at will, and they are able to move or acquire the factors of production they need to produce goods with perfect ease.

The market for foreign currency meets the conditions of perfect competition, and it is a useful example for exploring its operations. 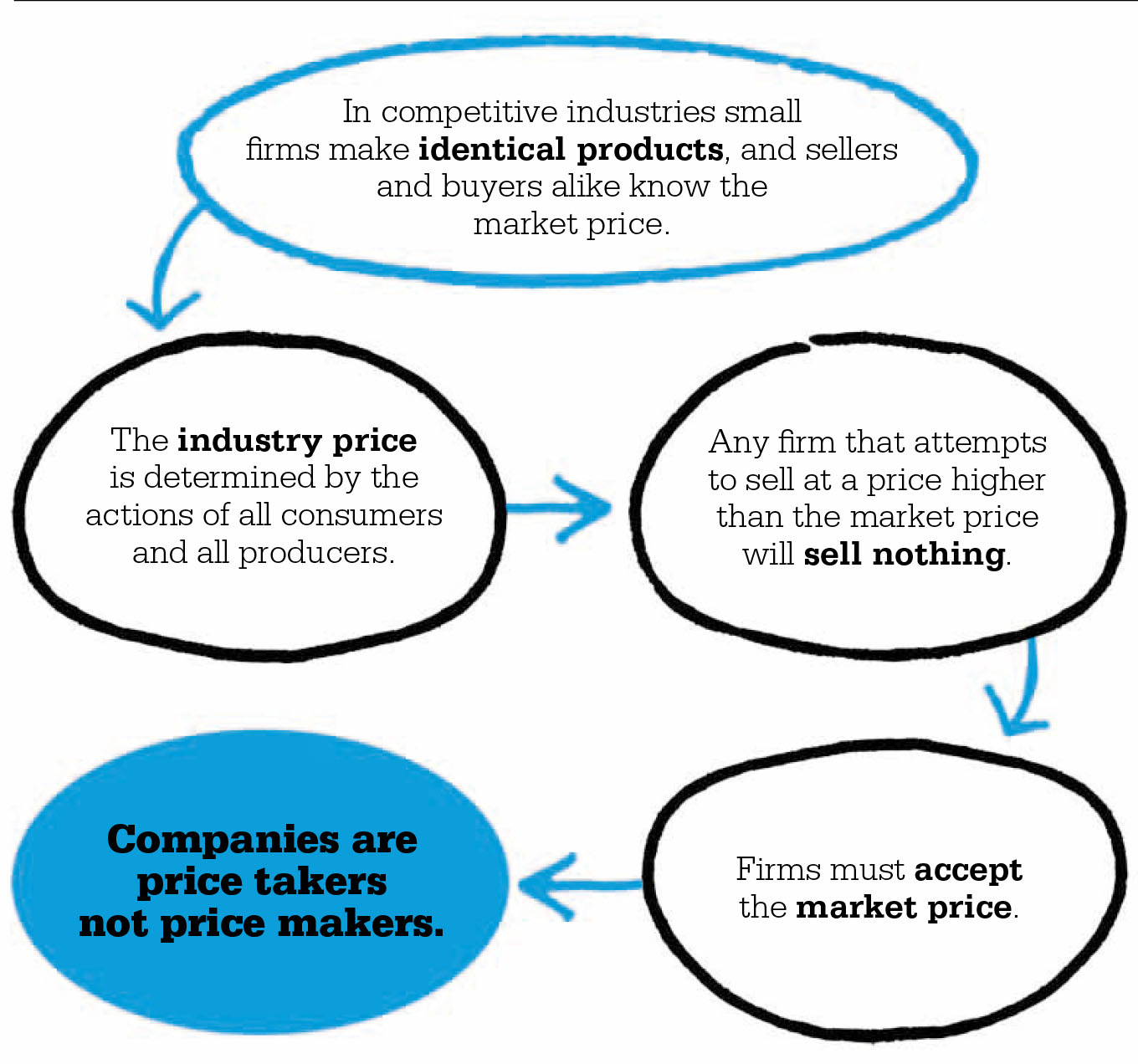 Globally, there are so many firms selling foreign currency that they each make up a tiny fraction of the market for euros, for example. They sell to millions of buyers who all need to buy currency, and each buyer (a single tourist, for example) also makes up an insignificant part of the market.

Second, the euro or dollar that the tourist buys from each company is exactly the same, so the buyers are indifferent about which firms they buy from. Third, anyone can start buying and selling foreign currency without any legal, social, or technological barriers being placed in their way—entry to the market is easy.

A perfect market is a district… in which there are many buyers and many sellers all so keenly on the alert and so well acquainted with one another’s affairs that the price of a commodity is always practically the same for the whole of the district.

In a perfect market there is perfect information—all the participants know exactly what the “going price” is. Those buying and selling foreign exchange know how much is being paid for a currency at all times. In addition each firm knows everything about the other firm’s costs of production. This transparency implies that no consumer can be fooled into paying a higher price, and that firms know the best and cheapest way to supply the product. Finally, self interested firms aim to maximize profits. Workers will look for the highest-paid work, and capitalist investors will look for markets with the highest profits.